narrative: Charis Vekris
I recently travelled to Chalki in Naxos to visit Vallindras Distillery, thinking I would be the only one to have this idea. Who would leave the island’s vast beaches, fascinating archaeological sites and tavernas serving delicious food to visit a distillery in a village in the center of the island on a hot summer day? I couldn’t have been more wrong. 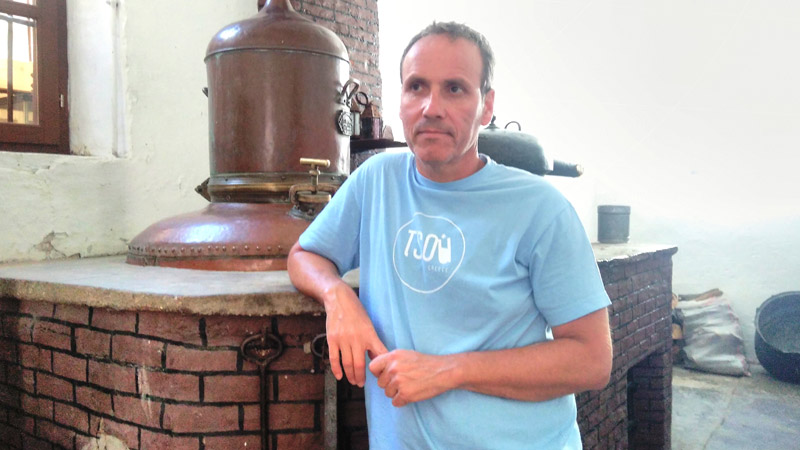 A scenic, stately village, Chalki attracts a significant proportion of the island’s numerous tourists, who are drawn to its impressive architecture, picturesque alleys and tranquil atmosphere. From the moment I stepped foot in the village I could tell it had a long history of glory and prosperity. Previously known as “the Aegean’s Mystras”, Chalki was a commercial hub hosting a number of industrial facilities for several years. However, its majestic buildings and remnants of a glorious past would never have been enough to bring back prosperity, crowds on the streets and the vibrancy of visitors from all over the world had it not been for its heart and soul: Vallindras Distillery. By opening its doors to the public back in 2000, the distillery breathed new life into the area, which at the time had seen better days. Thanks in part to the tireless work of volunteers from local cultural associations, the village regained its place among the island’s top tourist destinations. 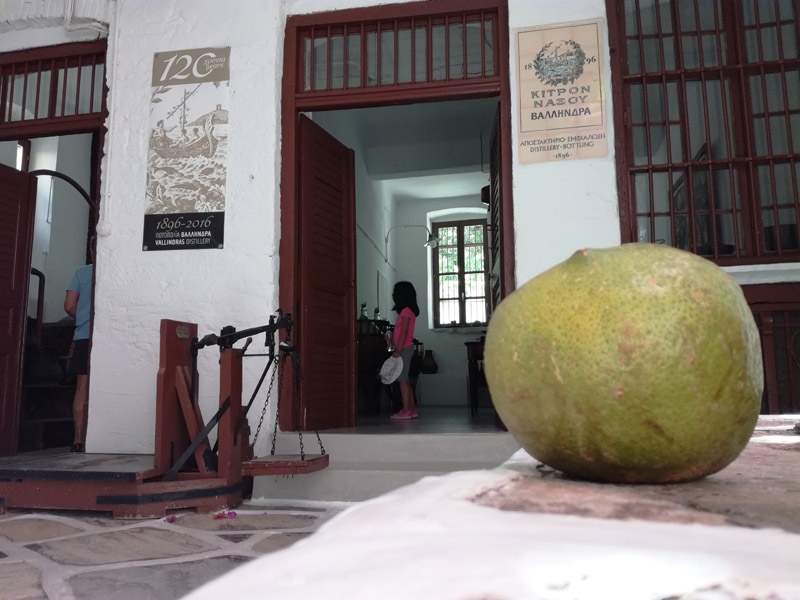 This shouldn’t come as a surprise: it’s not every day that you get to visit a 120-year old, fully operational distillery, maintained by distillers who use the same traditional recipes in the exact same place as their granddads and great granddads. Mrs Irini Fragkoudaki, who welcomed us and gave us a tour of the distillery, is a member of the family’s 4th generation, which is currently managing the business together with the 5th generation. 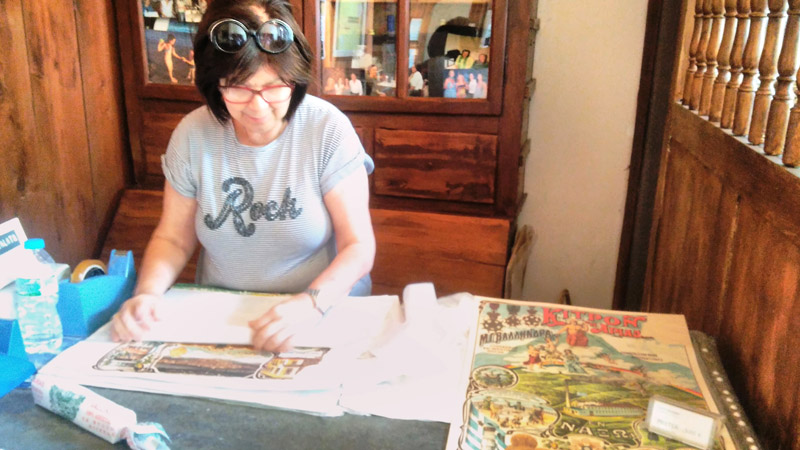 The history of the distillery starts in 1870 with the establishment of a facility in Chalki by Grigorios Vallindras for the production of citron liquor (kitrorako). However, it was his son, Markos Vallindras, who began production of today’s famous Naxos “kitron” in 1986 by re-organizing the facility in order to produce a new distillate of alcohol and citron leaves. 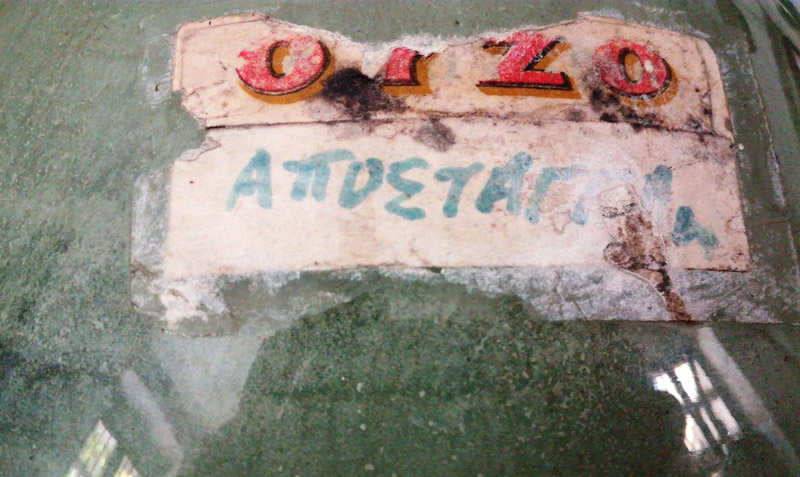 When visiting the well-tended manor house-cum-industrial building that houses the distillery, you will have the chance to see a distiller dating from 1862, old glass bottles wrapped in twine, distillation and bottling tools, the distillery’s archive consisting of transactions records and numerous awards won at international exhibitions. And, most importantly, you will sample the exquisite distillates that have been produced year after year in this magnificent space.

The distillery may be known for its kitron, but ouzo has also been produced here since day one. Today, its limited production of ouzo (approximately 5,000 bottles per year) travels to Athens, Germany and France along with the rest of its products.