In Oktoberfest’s Munich for an ouzo (part 1)

In Oktoberfest’s Munich for an ouzo (part 1)

Munich: a city with the third largest population in Germany. Munich is so clean and quiet that, despite its size, it’s considered by many to be the world’s largest village. Yes, it’s quiet with one exception: the two and a half weeks of the Oktoberfest, the planet’s largest annual folk festival. It’s the time when everything in Munich changes. The 7.5 million liters of beer consumed during the festival are more than enough to bring all parts of life in Munich upside down. Everywhere you turn, even on Lufthansa flights, you come eye to eye with the dirndl, the area’s traditional feminine dress. Amidst the celebrations of this enormous beer festival, we went for…a shot of ouzo! 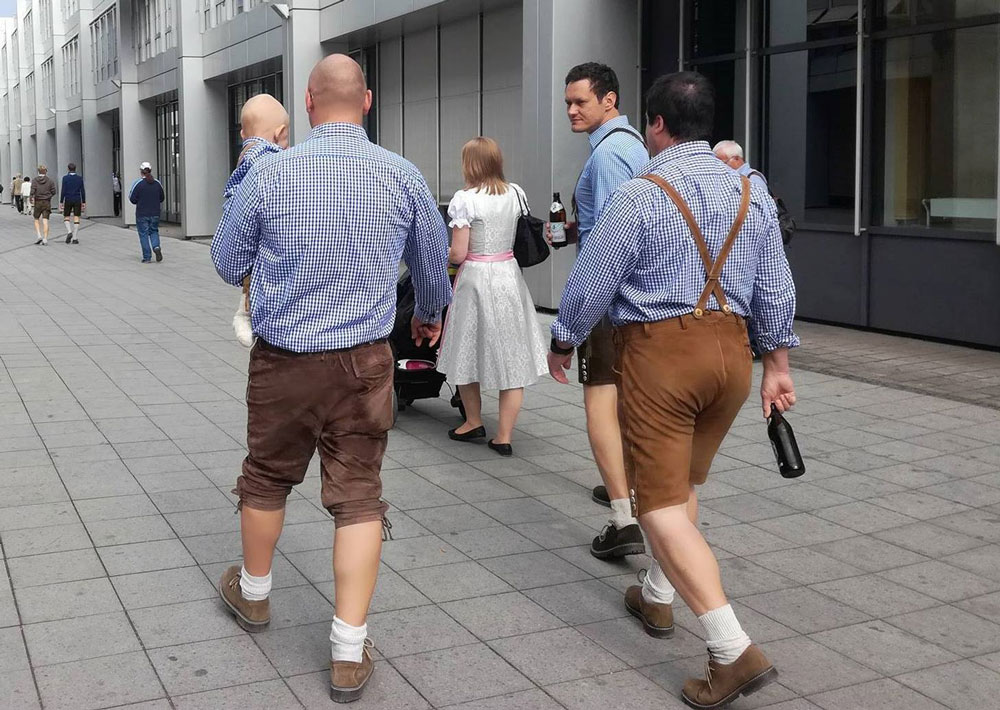 Our journey started out at the airport’s Duty Free Shops. Greece’s ouzo brands in their lovely, well-designed packaging, stood out on the shelves! At prices than can only be viewed as unexpectedly affordable, tourists returning from Greece to their own countries, can not only escape the awkwardness of coming home “empty-handed” but, on the contrary, walk tall carrying a top-quality brand of ouzo in packaging that is pure artwork! 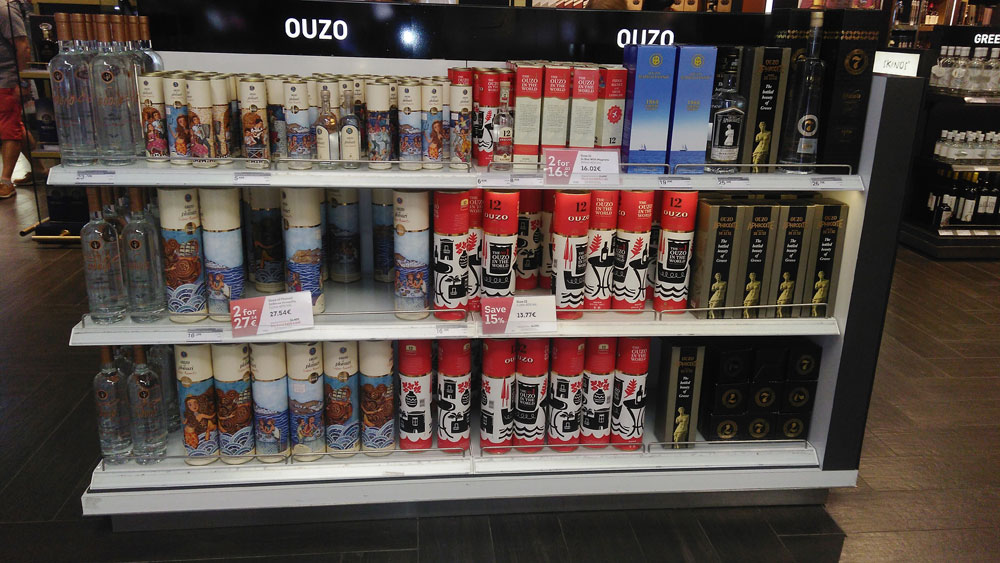 Beyond the shadow of any doubt, ouzo has come to be recognized internationally as the most iconic Greek product. Still, what comes as a pleasant surprise is that the quantities of ouzo consumed annually in Germany are larger than those consumed in Greece. More specifically, annual ouzo exports to Germany (throughout the country) come close to 22 million bottles of 700ml. At the same time, it is estimated that the private labels hold a 75% – 80% share of the market.

The leading private label companies exporting ouzo to Germany and internationally are: Ouzo 12, Ouzo of Plomari Isidoros Arvanitis, Tsantalis, Cavino, Distillery-Winery of Thrace S.A., and Anastasopoulos. The Ouzo of Plomari Distillery Isidoros Arvanitis is perhaps the only distillery that has a representative living abroad. The company’s annual exports to Germany amount to 1.1 million bottles of 700ml. 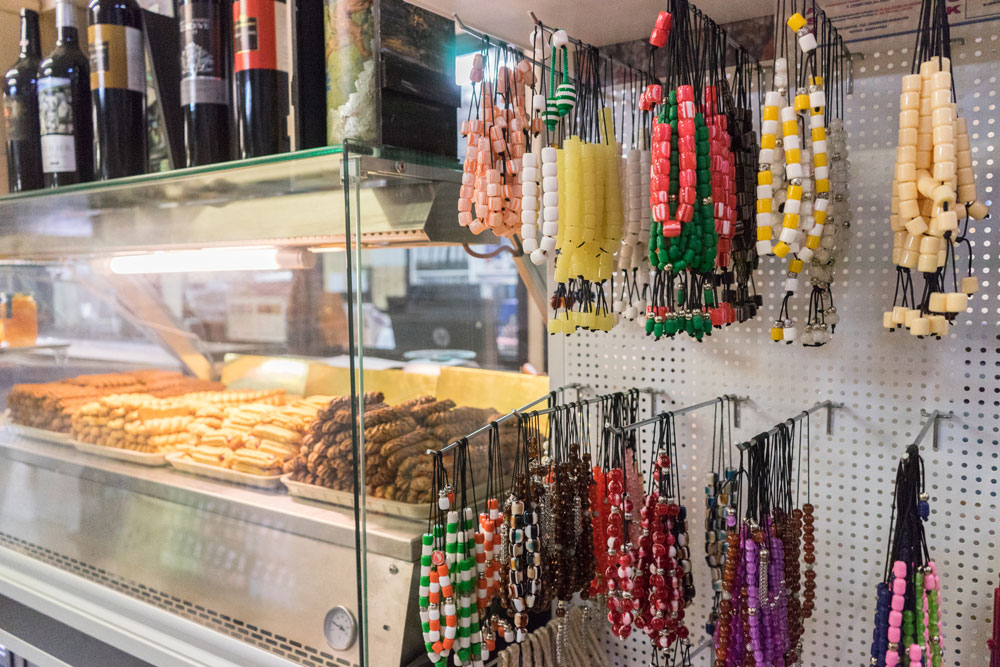 In terms of ouzo distribution in Germany, things aren’t that much different from Greece. The general representative supplies supermarkets and cellars, while importers (we did visit two of them) of traditional goods, supply restaurants and sell retail as well. 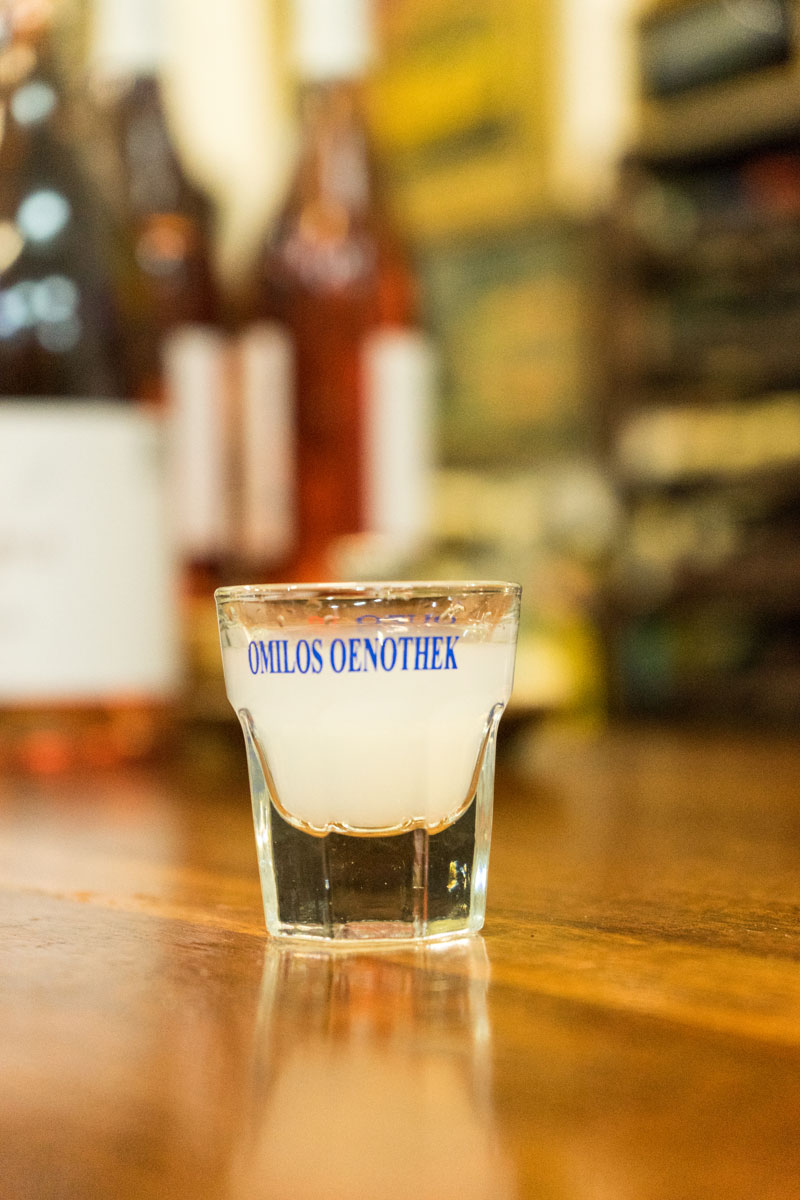 “OMILOS – Imports and Wholesale of Restaurant Goods” has been operating in Munich for the last ten years and has 15 employees. The company’s clients are mostly proprietors of Greek restaurants while its retail sales are addressed to the company’s devoted German customers. Negative media coverage at the start of the economic crisis in Greece did not leave Greek product sales in Germany unscathed. Today, with the landscape having cleared up, sales have returned to satisfactory levels because, according to the company’s owners, “consumption of Greek products has been literally grafted onto German consumers”. On the shelves of the “Greek Grocery Store” OMILOS, we spotted ouzo crafted by Ouzo of Plomari Isidoros Arvanitis, Gatsios, Giannatsis, Cavino, and Pilavas. The company’s annual ouzo sales come to 42,000 bottles of 700ml. 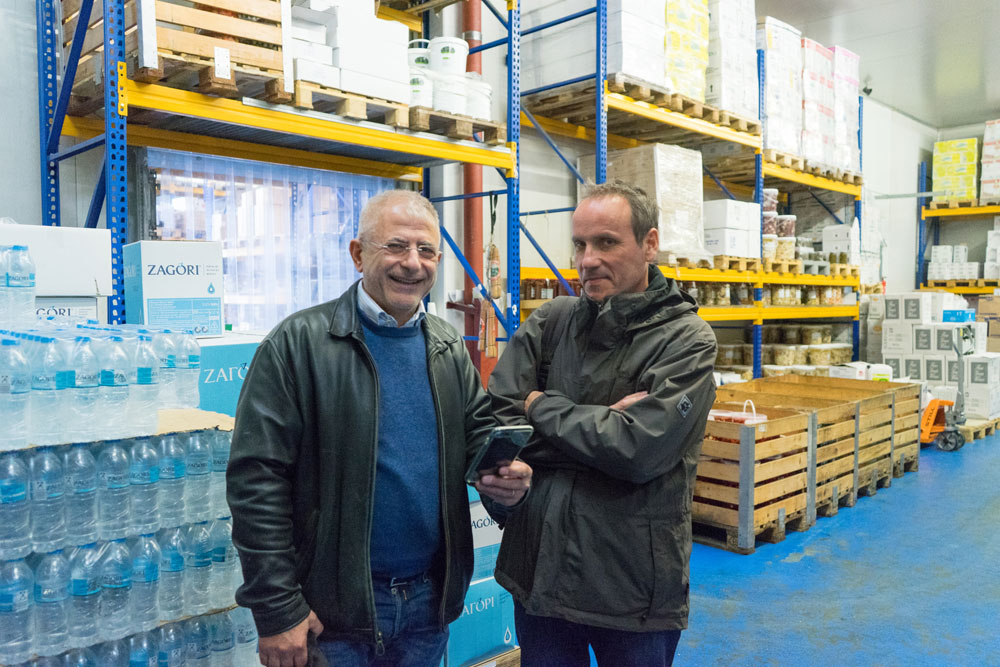 PAPAZOF is a company with its roots in Drama, Greece, and began its commercial activities in Munich in 1977. Its main customers are Greek and Vietnamese restaurants. Its profits stemming from ouzo sales come to 4%-6%. The company imports from: Ouzo of Plomari Isidoros Arvanitis, Gatsios, Achaia Clauss, Lazaridis, Tsantalis, and Babajim. Within the framework of its promotional effort, the company distributes stamped T-shirts, calendars, advertises in Munich’s newspapers and periodicals, and sponsors local events. We found the magazine the company publishes exceptionally fetching! 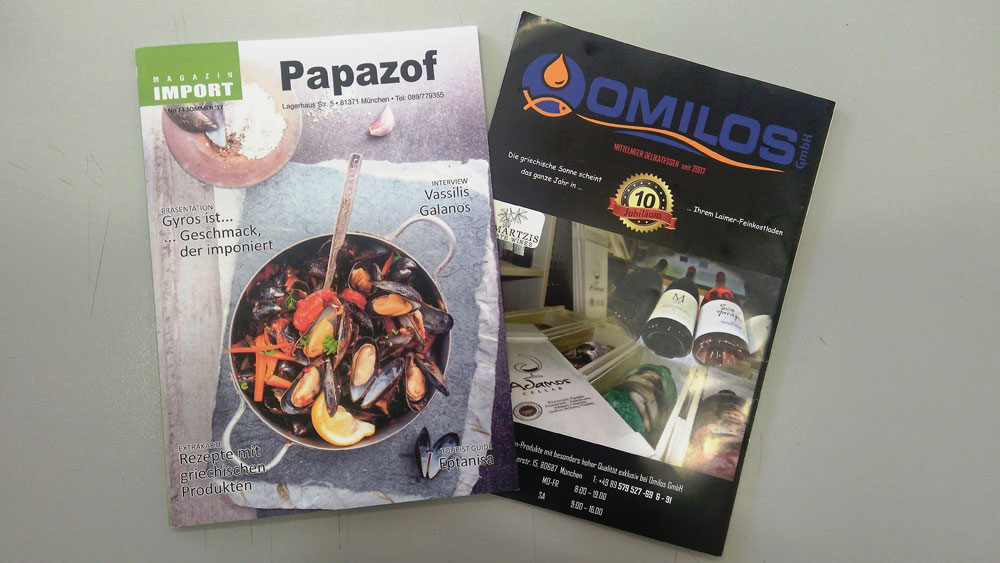 UPDATE: In Oktoberfest’s Munich for an ouzo – greek restaurants

For the invaluable information they provided us with, we would like to thank Panos Papanikolaou, Commercial Manager; Manolis Demis, in West Europe Sales Supervisor; and Vasilis Panias, Μarketing & Sales, members of Ouzo of Plomari Distillery Isidoros Arvanitis. We would also like to thank Maria Tsiaoussidou, owner of the OMILOS Company, and Tasos Papazof, owner of the PAPAZOF Company.